We pull back the curtain on Jared Kushner’s “Stealth Data Machine.” 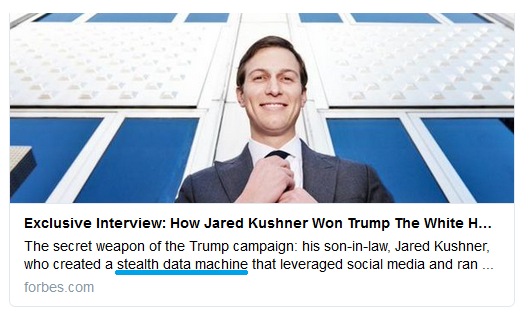 Jared Kushner is currently taking a victory lap, crowin’ about his “Stealth Data Machine” that put Donald Trump over the top in the 2016 race.  Let’s pry off the lid and peer into the inner-workings of this “Data Machine.”

The Signal in the Noise

Building on the data analysis by @Conspirator0 on Twitter, Tea Pain has stumbled onto a possible “signal in the noise” that opens a window into the data-swappin’ shenanigans going on between Trump Tower, Spectrum Health and Russia’s Alfa Bank during the election.

Spectrum Health, owned by Michigan’s powerful Devos family, attempted to explain the IP activity as “Voice over IP traffic”, whereas Alfa Bank offered an even more exotic explanation that “hackers attempted to make it look like we contacted Trump Tower.”

The data traffic, when analyzed, tells a very different story, a story of automated, orchestrated data sharing among multiple sites for a strategic end.

Tea Pain originally dismissed this story as a possible red-herring.  With the Russia craze at a fever pitch, this activity could be explained by what Tea’s daddy used to say, “When you got a new hammer, everything looks like a nail.”  But when Tea Pain saw the data patterns analyzed by Conspiritor0, he knew he’d spotted something mighty familiar: Database Replication.  Put a pin in that, more on that later. 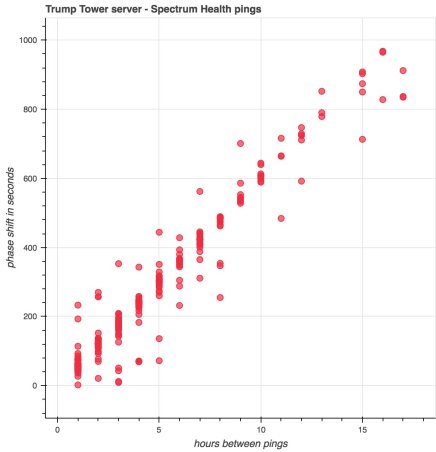 At first, data analysts were puzzled by what appeared to be random activity with no apparent pattern.  Perhaps it was email activity?  Maybe money transfers?  But there were literally thousands of these IP “pings.”

Once the activity was charted, a pattern emerged.  For example, a connection is made from Alfa Bank to Trump Tower, which may last anywhere from 1 minute to 15 minutes or more, followed by a longer “sleep” period.  When averaged over months, these events charted an average time between connections to be 3660 seconds, or 1 hour and 1 minute.  Whatever was running, it would hook up, transfer data for a few minutes, then go to sleep for an hour.

This was the clue that led Tea Pain to formulate a much clearer working model to explain what we were all seeing:  SQL Server Database Replication between multiple sites.

What Is Database Replication?

Database Replication is a rather simple concept.  When you have a database with millions of records representing hundreds of gigabytes of data, and you would like to keep a copy of that database housed in 2 or more locations, it makes no sense to continually copy the entire database from point A to point B every time a change is made, so you “replicate” it.

So what does the data traffic patterns suggest?  Check out the chart below.  Behold, Kushner’s “Stealth Data Machine.” 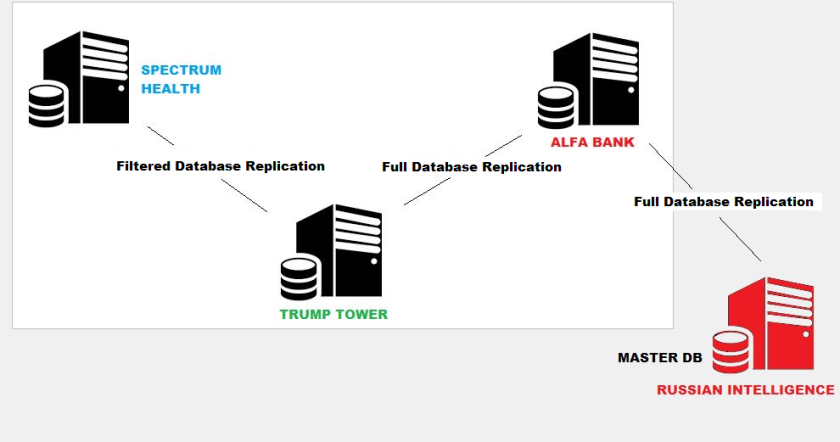 Conspiritor0 noted that when Spectrum connected to Trump Tower, Trump Tower’s next connect time was significantly longer, indicating Spectrum had modified a large chunk of records that had to be synced to Trump Tower, then pushed on to Alfa Bank. This detail was important in identifying that replication was in use.  In this scenario, Trump Tower was functioning as a center-point, a data distribution center if you will.

We don’t know what was in these data packets; that info is beyond our purview at this time, but ask yourself a simple question and you find your answer: “What do Trump Tower, the Devos Family and the Russians all have in common?  A desire for Donald Trump to be President of the United States.

Tea Pain’s working theory is that Russia created a voter targeting database with information gleaned from hacked DNC data rolls and other data rolls “acquired” from other states to feed this growing contact database.  That database originated at Russian Intelligence which was in turn replicated to Russia’s Alfa Bank.  This is where the “data laundering” takes place,  Alfa Bank is the pivot point where the FSB’s data fingerprints are wiped clean.  Ironically Russia launders its data at the same place it launders its money.

At Trump Tower, more data could merged into this system using various legal sources as well.  Spectrum Health could also add value to the data by matching names and addresses in their extensive healthcare databases to harvest email addresses and phone numbers to flesh out this list.  All these changes would be promptly replicated back to Russia in a matter of hours.

Once back in the hands of Russian Intelligence, this massaged data could be programmatically matched up with social media handles to create a micro-targeted “hit list” for the thousand Russian trolls employed by Putin.

How is this a breakthrough? Now that we have identified the likely means of how this data was transferred, data analysts now have more precise points to search for to arrive at a complete reveal of the massive data collusion between Team Trump and America’s foremost adversary.

The “beauty” of this system is its simplicity.  Here’s some bullet-points to sum up. 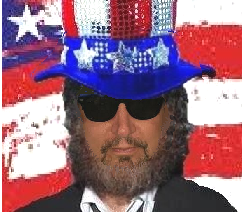